HISTORY OF MOBILE AND MANUFACTURED HOMES

The use of movable or mobile homes dates as far back as the late 19th century in the United States, when teams of horses transported homes on wheels to beach front properties along the Outer Banks of North Carolina. Mobile homes came into vogue at the end of WWII, as veterans returned home and affordable housing was in short supply. They were often marketed as a practical alternative to renting an apartment. During the baby boom American families trying to find work wherever available, used mobile homes so they could move quickly with job changes.

In 1980, Congress approved changing the term ‘Mobile Home’ to ‘Manufactured Home’. Today, manufactured homes are one of many styles of prefabricated homes built in factories, rather than on site, and then taken to the location where they will be occupied. They are usually transported by tractor-trailers over public roads (see photos).

The popularity of the factory built homes caused complications that the legal system was not prepared to handle. Originally, factory built homes were taxed as vehicles rather than real estate, which resulted in very low property tax rates. Eventually, local governments reclassified them for taxation purposes. In some states, mobile homes have been taxed as personal property if the wheels remain attached, but as real estate if the wheels are taken off.

The developing stigma attached to mobile homes resulted in devaluation of the existing homes in the community. The arrival of these types of homes in an area tended to result in “There goes the neighborhood” alarm (see photo. of course not every mobile home owner lives like this, but would you want to be his neighbor?) All of this led communities to start placing limitations on the size and density of developments.

Also, mobile homes, even those that were well-maintained, tended to depreciate in value over time, much like motor vehicles, rather than appreciate in value, as with site-built homes.

With these changes, rapid depreciation often resulted in the home occupants paying significantly less in property taxes than had been anticipated and budgeted. The ability to move many factory built homes quickly into a relatively small area resulted in strains to the public infrastructure and services of the affected areas, such as inadequate water pressure and sewage disposal, and highway congestion.

However, the tendency of the units of this era to depreciate rapidly in resale value has made using them as collateral for loans much riskier than traditional home loans. Terms are often limited to less than the thirty year term typical of the general home-loan market, and interest rates considerably higher. In other words, home loans often resemble motor vehicle loans more than traditional home mortgages.

Financing and insurance for manufactured homes can be very difficult. Most banks won’t finance a manufactured home purchase because if there is no land included in the loan. There are some companies that specialize in mobile home loans and mobile home financing. They can finance and refinance mobile homes that are in communities.

Newer homes, particularly double-wides, tend to be built to much higher standards than their predecessors and meet the building codes applicable to most areas. As manufactured homes have come to resemble traditional stick-built homes, so have their prices. However, due to the stigma of being called a “mobile” or “manufactured” home, value depreciation continues to be a problem.

ARE YOU REALLY SAVING MONEY WITH A MOBILE OR MANUFACTURED HOME?

Here is a true life experience related by one Washington State Home Builder: A home buyer was planning to put a manufactured home on their land near Yelm, WA. This Manufactured home would have been about 1400 square feet, NO garage, NO permanent foundation The price quote with tax was about $112,000. The Washington Home Builder was able to put them into a home over 1750 square feet, WITH garage and foundation, and also including many amenities that the manufactured home did not include (2×6 exterior walls instead of 2×4; vaulted ceilings, 4/12 pitch roof, etc) for only $107,000. And, the appraisal was much higher than the manufactured homes appraisal, easier to finance and get insurance for, and more value.

In contrast, a stick-frame home will appreciate in value. In fact, a favorite of many investors is purchasing homes for rental property or to build equity with the purpose of selling the home at a later date. Many savvy investors have been able to retire comfortably from selling a home and living from the equity.

The beauty of on-your-lot home builders such as True Built Home is that because of high initial appraisals even before the house is built, a home owner doesn’t have to wait for years to build equity. They can have equity the moment they move in. This is one reason why True Built Home is becoming one of the fastest growing home builders in Washington state. 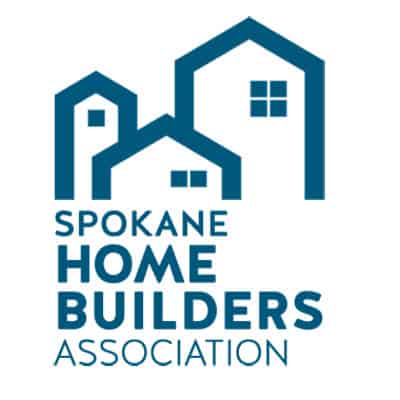